Insider Guide to Paris with Emily of The Glittering Unknown

Paris is one of those cities that really needs no introduction. I mean… it’s Paris. Widely considered to be one of the most beautiful cities in the world, it’s home to art, culture, and some of the most delicious pastries that will ever pass your lips. However, it is far too easy to come to Paris and get caught up in all the things you HAVE to do- the Louvre, the Eiffel Tower, the Champs-Elysees- and not really get to experience Paris as the Parisians do. I have been fortunate enough for the past year to have eaten, sipped, and explored my way around la ville lumiere, and I’m here today to share some of those quintessentially Parisian experiences with you.

Where to Eat
Though actually originating in the Bretagne region of France, crepes are a typical French dish, but the key is finding the places that don’t require a train out to the seaside to experience crepes the way they were meant to be made. My favorite is called City Crepes, tucked away not far from Odeon in the popular Saint Germain des Pres neighborhood. Their menu has a wide range, including vegetarian options, and are all named after places in either Paris or New York. Get a bowl of cider to go along with your galette (savory crepe)- it is the Breton way!

If you’re looking for a filling meal but don’t want to break the bank, I love Chez Gladine. The main dishes are typical of the Basque region in southern France, but there are other very French options, like escargot and Lyonnais staple andouillette, that are available to try (by the way, if you can get past the texture of escargot, they really just taste like what they were cooked in!). Their salads come with a bed of lettuce topped with potatoes, cheese, some kind of meat, tomatoes, and often egg, depending on which one you order, and I’d be hard pressed to find someone who can actually finish one!

Drinks
Cafes in Paris are plentiful, but up until a few years ago, they were not known for their quality. Flash forward to now and the number of artisan cafes only continues to rise, with many sourcing their beans from trusted roasters like Café Lomi and Belleville Brulerie. One of my favorites is La Cafeotheque, just a stone’s throw away from the Ile Saint Louis and Hotel de Ville. Not only is there plentiful seating, a welcome change from many Parisian cafés, but the coffee is roasted on-site and is available to take home in bags.

If you’re looking for a super-cool bar for the evening, look no further than Le Comptoir General. Located on the banks of the Canal Saint Martin, this African themed bar takes donations in lieu of a cover charge and has multiple rooms, including a small but poppin’ dance floor. The drinks are creative and reasonably priced, so it’s no wonder this “ghetto museum” has a line down the street by 9pm most nights. Get there early, though the line does move quickly!
Rather have a drink with a view? The newly reopened-for-summer Perchoir Marais on top of department store BHV offers a beautiful view over the city, though here the line also gets long quickly.

What to Do
If you want to lunch like the Parisians do, don’t go to a restaurant- instead, grab a sandwich from a boulangerie (the chain Paul is a popular option, but there are boulangeries on every corner in the city) and go find a garden or park to sit in. The most popular are the Jardin des Tuileries by the Louvre and the Jardin du Luxembourg in Saint Germain, but any little patch of green will do- the park where I take the kids I au pair for is full of business people on their lunch break between 12 and 2 on any given day, munching sandwiches or falafel from nearby shops. If you’d rather sit on the grass and have a real picnic, Parc Monceau and Parc aux Buttes Chaumont are two of the only ones in the city that will allow you to do that, but both are so beautiful that it’s worth the trek.

Many dream of having wine and cheese sitting along the Seine, but I prefer the more tranquil environment of the Canal Saint Martin, located further north in Paris’s 10th arrondissement. It’s a short walk away from some of the most popular nightlife neighborhoods, like Parmentier and Oberkampf, making it the perfect place to begin a night out.

Where to Shop
Paris is home to a number of concept stores, possibly the most well-known of which is Merci. Situated in the upper Marais, this store has everything you could imagine, from stationary to clothes, china sets to chairs. The doors are set back in a courtyard decorated with the iconic red Merci mini Cooper, with a restaurant to the left of the courtyard entrance and the Merci Used Books Café to the right. I recommend having a look through the store and then settling into a chair in the café with a book and a café crème.

What to See
If you’re a history buff, make sure to check out Musee Carnavalet. Set in the heart of the Marais and housed in two beautiful old mansions, this museum is dedicated to the history of the city of Paris. The entrance gate alone is worth a visit, but you’ll stay for the paintings from a bygone era and feeling like you’ve been transported to Paris of the past.

Of course, no time in Paris is complete without a picture of the Parisian skyline, and unless you’re lucky enough to be staying in a penthouse hotel room or apartment with a balcony, you’ll have to outsource for this once. Going up the Eiffel Tower is great, but then you can’t actually see it, which is one of the best parts of the view. I recommend Notre Dame during the day (if you feel you’re up to climbing all those stairs!) and Tour Montparnasse at night. If you’d rather get the view for free, you can push through the crowds at Galeries Lafayette and make your way to the rooftop terrace, which offers a vista closer to what you’d get walking along the rooftops of Paris.

Remember, Paris is a city best taken at its own place, so try not to rush around and you’ll get a much more authentic Parisian experience than if you try to fit everything you want to do into one trip!

Blogger Emily Jackson has been traveling around the US her whole life, but got her first taste of international travel at age 14 with a trip to London and Paris and fell in love. She spent a semester abroad in Geneva, Switzerland, and after graduating in 2014 from the University of North Carolina, hopped a plane with a one-way ticket bound for Paris via Iceland to spend a year as an au pair. After falling in love with the city and with a Frenchman, she plans to stay in Paris indefinitely, working on her French and traveling as much as possible. Follow her adventures on her blog and her daily life in Paris on Instagram. 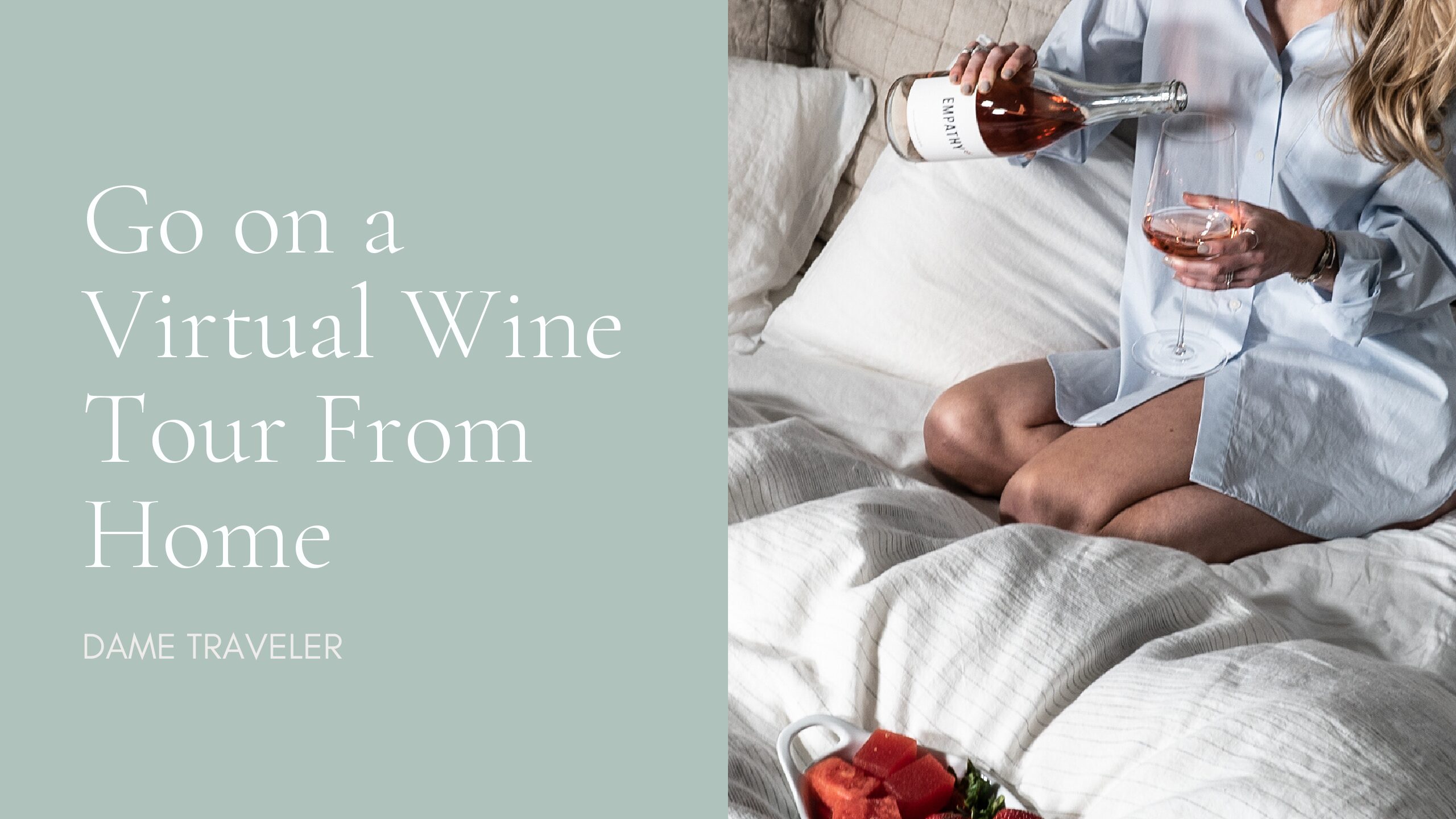 Go on a Virtual Wine Tour From Home 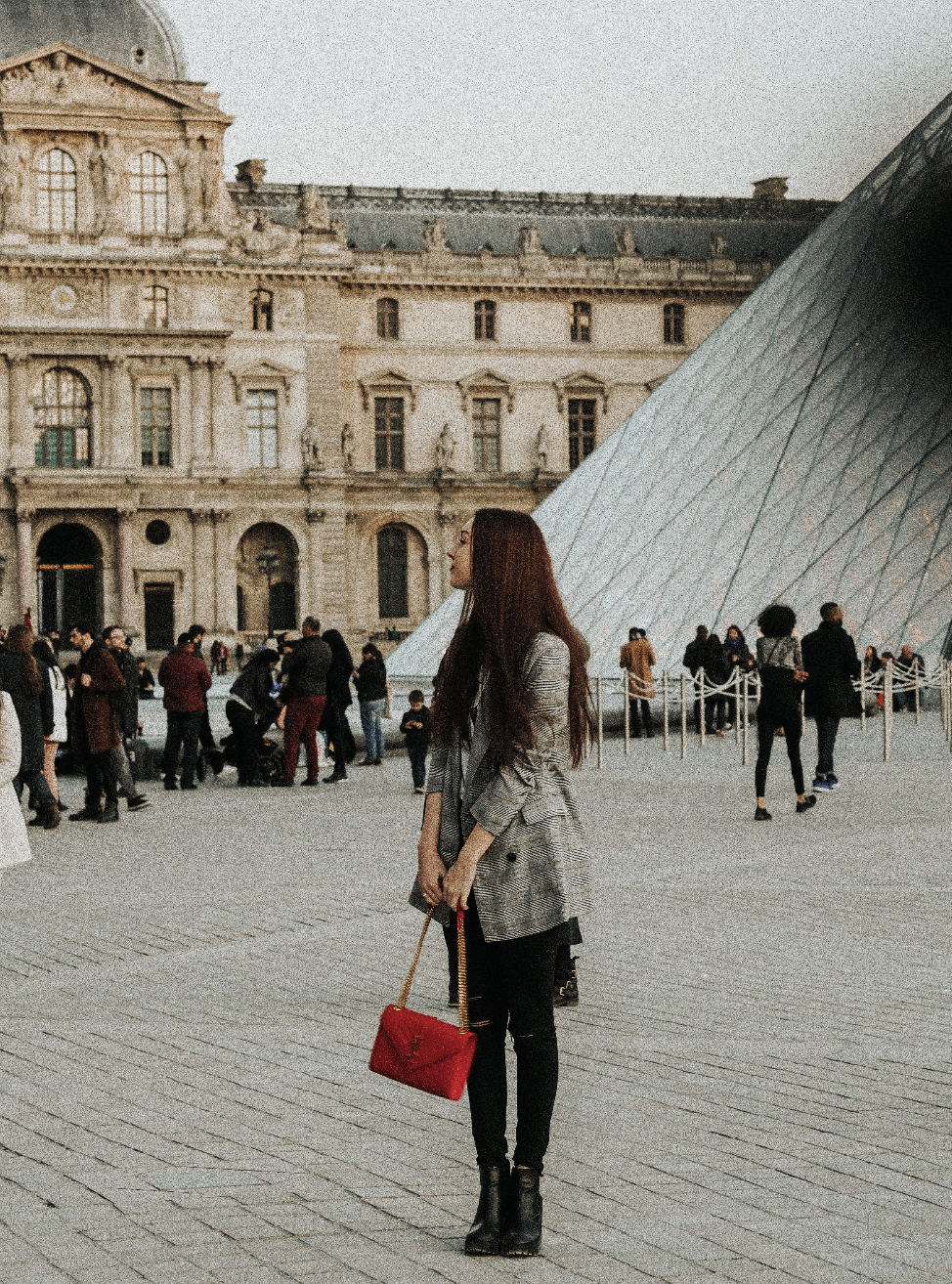 How to Treat Yourself While Traveling Solo 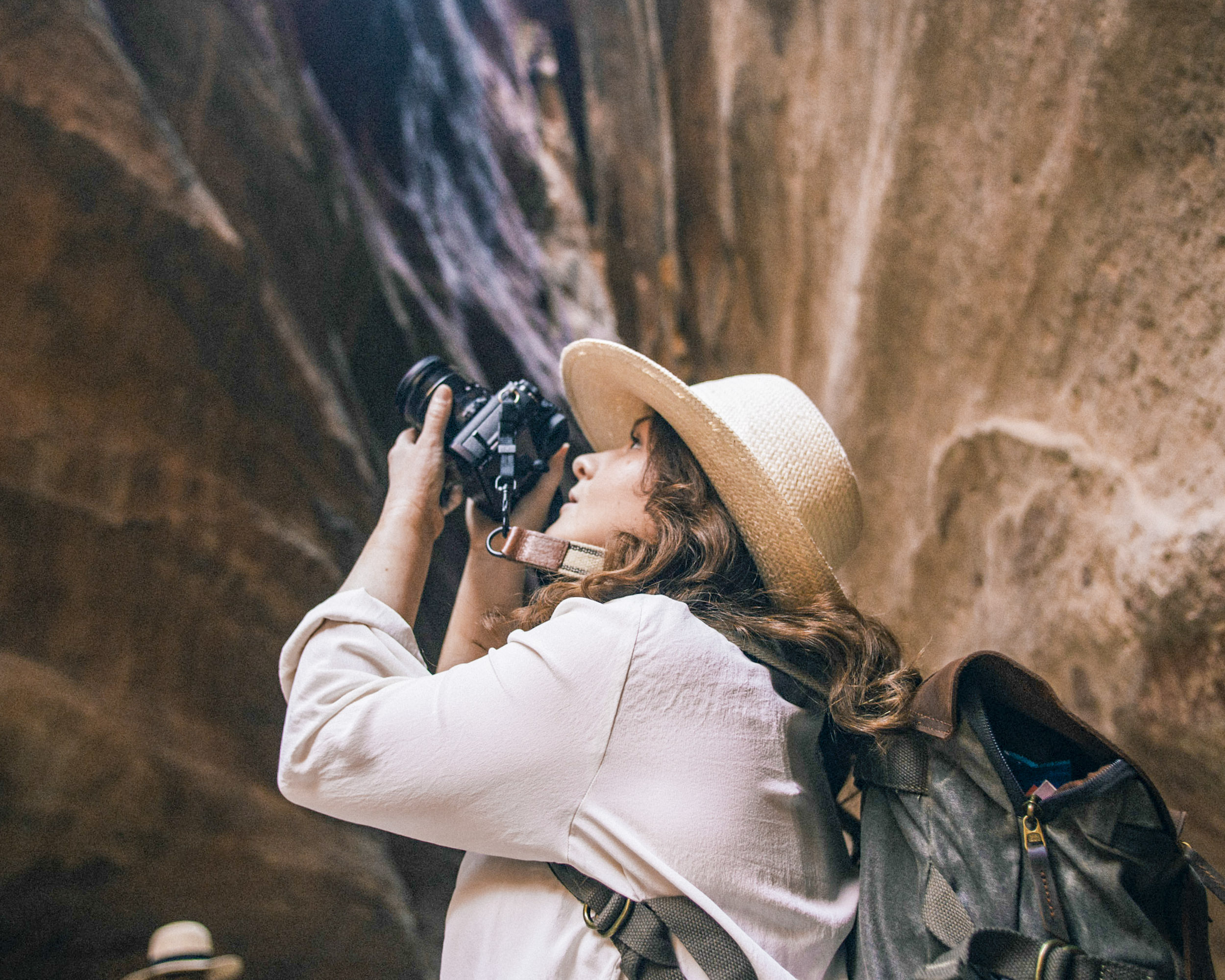 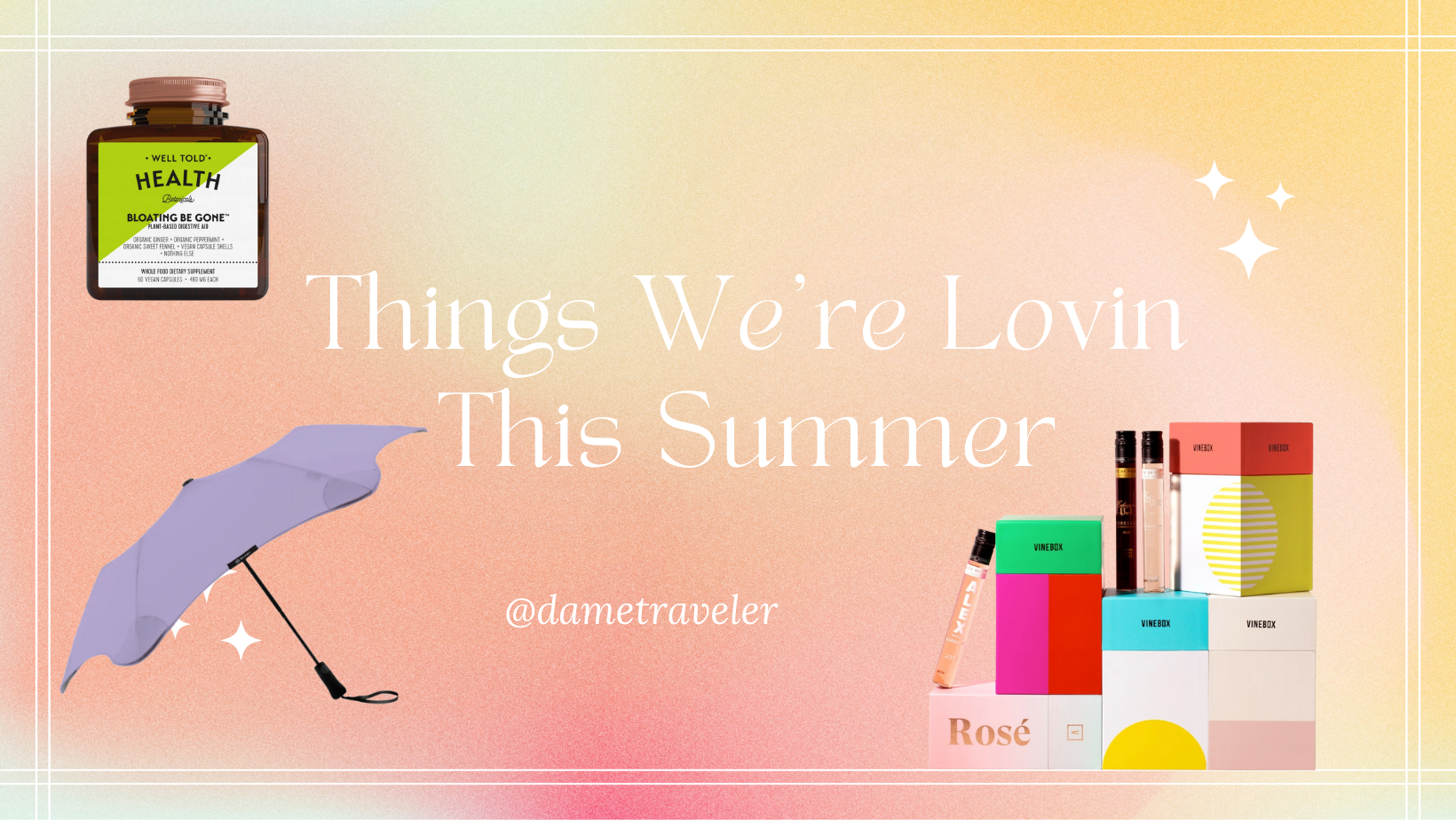